By Julia Billyard20 October 2019No Comments 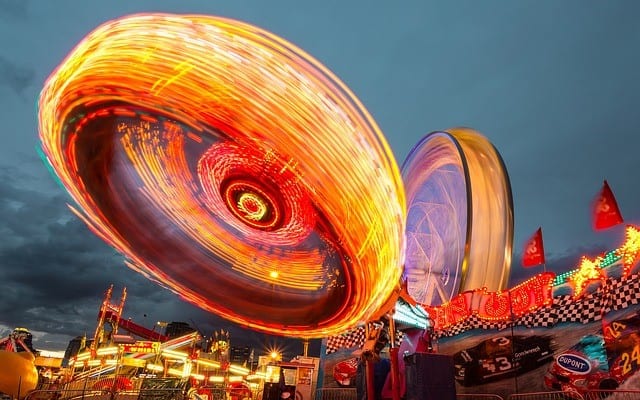 When it comes to relaxation and re-energising, there are people who think that involves just sitting around doing nothing at all. And sure, there can be a case for saying that such types of relaxation can really restore energy and make you more productive in the long run.

It’s similar to the importance of sleeping. Why do something even more exhausting like playing a stressful game, heading to the amusement park or booking an escape room challenge when stuff like sleep just seems more relaxing?

The problem is that prolonged mental inactivity can eventually be signs of actual health issues (and yes, this includes excess sleep). Among these issues include depression, anxiety and lethargy just to name a few.

One way to explain this is that you may be experiencing certain degrees of dopamine deficiency. Dopamine is essentially one of the hormones responsible for the rushing feeling you get when you are playing games as well as that satisfying feeling when you do well in them.

Unfortunately, dopamine has been getting a bad rep as of late. You see a lot of articles conflate it with issues like video game addiction and hyperactivity. This eventually results in people having negative connotations with stuff like games and how the infamous ‘dopamine rush’ is seen as an escapism problem. Stuff like escape room challenges are then further stigmatised as just another corporate gimmick to exhaust employees.

The truth though is that the dopamine rush is not only natural, it can be very healthy for both mind and body! (In fact, here’s one game designer’s own take as to why being more mentally active during breaks boosts productivity, instead of the other way around.) The rush is a boost to your determination and willpower. It is directly tied with feelings of accomplishment. Without it, you are more likely to never get up in the morning, or feel any satisfaction from doing things.

Furthermore, you can’t always be sure that all employees share the mindset of sitting around doing nothing as the ultimate pastime. In fact, it is just as likely (maybe even more) that employees crave a sense of accomplishment and this is one of the things employers need to combat turnover.

When you recognise the achievers and gamers of your own team, then you will certainly benefit from an escape room activity designed to give them the challenge they always seek out. It meets all the criteria for the things they need to re-energise the way they like it:

It keeps their problem solving skills sharp, even outside work.

Sometimes, it’s much easier to just have a mind sharp at all times rather than waste a few extra hours getting into the same problem-solving mindset. That can prove critical during times when the team faces unexpected obstacles at work!

It lets them show their best, even outside the office.

Many of the problem solving skills needed at work are also very applicable in other areas of their life. And if your employees take pride in these skills, giving them more avenues to showcase them is always a plus!

It makes it easier to enjoy work.

When employees enjoy using the same set of skills they use at work as much as play, then obviously job satisfaction is high. That means less chances of them looking for other companies to give them that enjoyment.

To sum it up, re-energising activities don’t have to involve excessive lounging. One can actually recharge via intense, challenging activities because achievement is just as invigorating as raw relaxation.

For more information about team building visit my blog page