Escape Rooms and Office Rooms – Why They Are Alike

By Julia Billyard13 February 2019No Comments 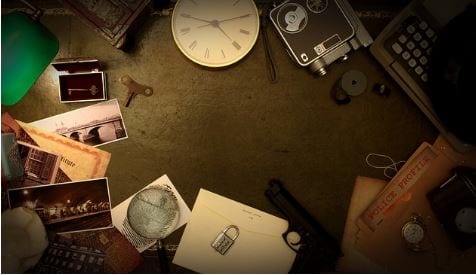 Escape rooms are one of the newer forms of urban attractions in the 21st century. They can be considered as the modern descendant of the interactive theater and fun house while blending elements from the puzzle mystery genre of video games.

With that said, it might be hard to believe that such attractions have something in common with the real-life office setting. However, as with all things that seek to contrast work against play, you can find strong similarities if you are willing to tone down on the dichotomy.

Doing so can give you a new perspective that is very beneficial to your working life. Escape rooms can be surprising avenues for team building and leadership training. The things they have in common demonstrate why:

This is their most noticeable similarity. Escape rooms may have fictional premises and even fantastical motifs, but at the core of their design are incredibly challenging puzzles. A single person is not enough to figure out the room on their own.

Likewise, in the workplace, many bigger problems require multiple heads coming together in order to come up with a solution. In fact, try this little exercise: Imagine that a puzzle in an escape room involves one person standing in one spot to slow down the timer, while another person gathers clues and one last person deduces how they come together.

Next, start replacing the elements with something more familiar in a professional setting. Instead of a person standing to slow the timer, you have the same person defusing an emotionally frustrated client. The person in charge of finding clues is instead finding clues to the client’s problems, and lastly, you have the person who turns the information of those clues into action that finally resolves the client’s issues.

The building blocks of all problems in a professional setting have a lot of parallels in many game situations (such as those in escape rooms). The only difference is that the aesthetics of the game simply spice things up.

Be it in an escape room or the workplace, there will be times of urgency that can really test the unity of a team. Every group will always have its friction between some members and high-stakes situations have a way of bringing them to light.

It might seem a bit inappropriate to expect this in a light, fun activity such as an escape room challenge but the signs don’t have to be so overt. You need only be a little more observant, such as noticing if one particular member doesn’t speak much during the activity or has been rather hesitant to work next to another member. Alternatively, it can also expose members who tend to over-exert themselves and show unwillingness to rely on their teammates.

A lot of people may consciously insist in their minds on differentiating work from play, but subconsciously there is no distinction when it comes to interacting with others.

Lastly, perhaps one thing that really makes escape rooms highly enjoyable is that everyone plays a different role that brings out the best of their unique traits. For example, one person realizes that they contribute with a sharper eye for detail while another takes pride in being able to solve riddles leading to clues.

It is both a great way to boost a team’s overall esteem and can also exercise a team leader’s ability to define the roles of their group. In the workplace setting, both are critical to the success of projects and keep them from misaligning people’s skills with their tasks.

Hence, an escape room activity provides a lot of great mental exercise for working professionals, even after they had finished a session.

In conclusion, whether a team was successful or not, the elements of the famed escape rooms have a lot of potential for training employees and managers alike. They may differ greatly from the office setting but the challenges can bring out something that have strong, universal applications in any workplace.