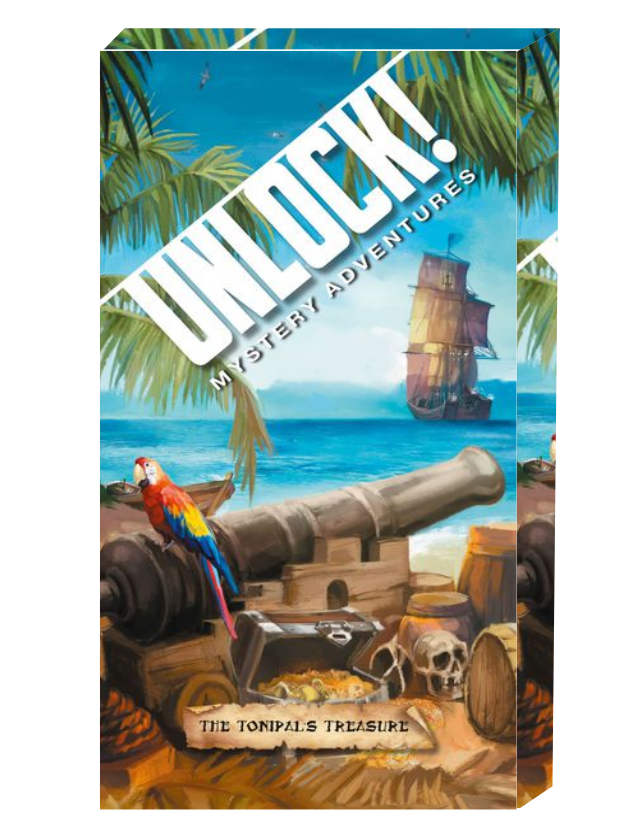 The Tonipal’s Treasure, a new Unlock! adventure for up to six players, sets you at the start of a hunt for the treasure of Captain Smith, hidden somewhere on Tonipal Island. With one hour on the clock, players work through a deck of sixty cards as a team, searching for clues, combining objects, and solving puzzles. The free Unlock! companion app runs the timer while providing clues, offering hints, and confirming successes. Once the team has reached a solution and entered the correct code into the app, they escape and win the game!

• This new adventure for Unlock! invites you to join a search for buried pirate treasure
• Captures the heart-pounding excitement of a physical escape room on your tabletop
• Use your logic and deductive skills to progress through the adventure
• Use the free Unlock! companion app to input codes, interact with machines, receive hints, and watch your time slip away
• Learn the game quickly with the included ten-card tutorial