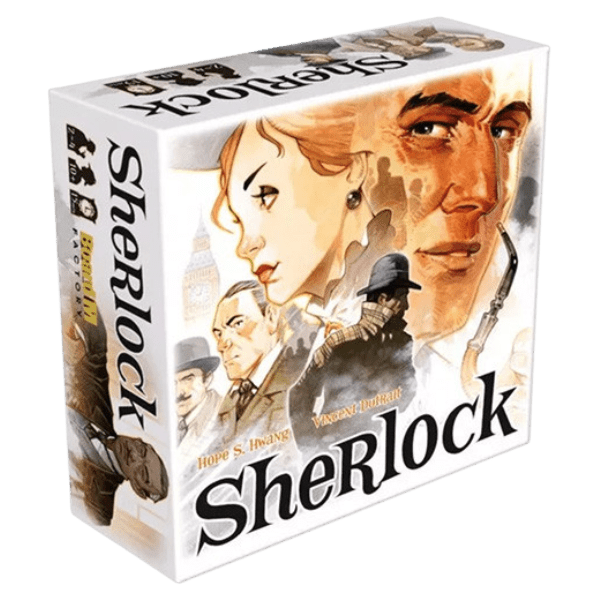 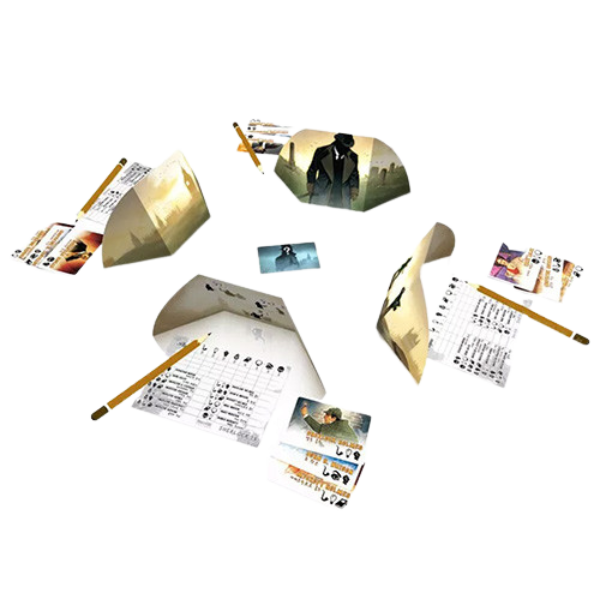 1 Left in Stock
Categories: Board Games, Others

In Sherlock 13, first published as Holmes 13, the players take the role of a detective, trying to unmask the famous thief Arsene Lupin, who is among them in disguise.

The game consists of 13 character cards, with 2 to 3 characteristics each. Each characteristic is shared by 3 to 5 characters. The cards are shuffled and one is drawn and put aside. This card represents the disguise chosen by Arsene Lupin. The other cards are distributed evenly among the players. The players now tally the total of characteristics they have on their cards (e.g. 2 detectives, 1 female, 0 genius etc) and note them for later use.

What’s in the box: