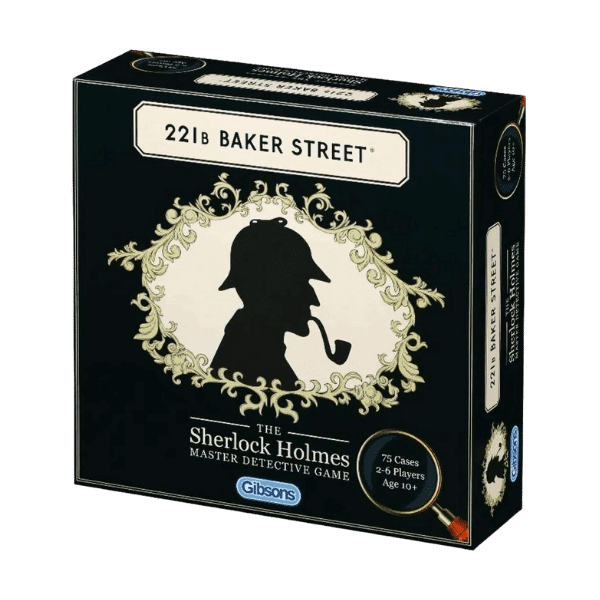 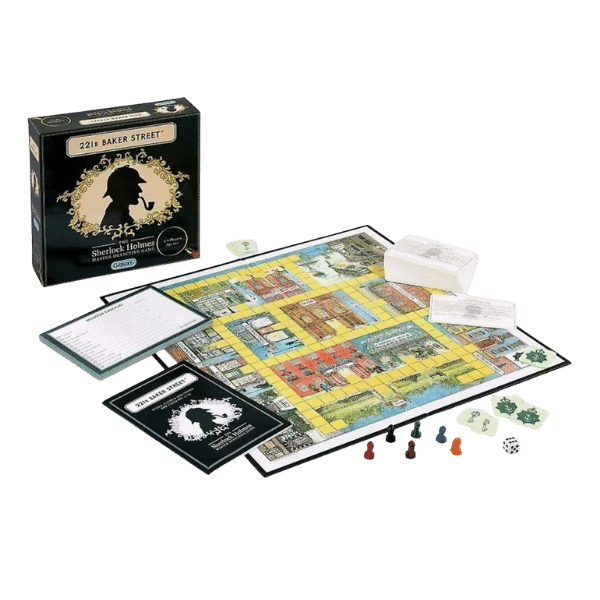 2 Left in Stock
Categories: Board Games, Others

Think you’ve got what it takes to be a Master Detective?

221B Baker Street is the London address of the world's most celebrated fictional detective, Sherlock Holmes. In this thought-provoking game, players begin at 221B, where they uncover a mystery that must be solved! From there, players must travel through the streets and alleys of London to uncover cryptic clues, as they attempt to solve the intriguing case is tying Holmes and Watson in knots!

How to Play the Victorian London Detective Game

One player selects a case card at random and reads it aloud to all players. The case card depicts a mysterious crime told in story form, then lists the likely suspects and the locations that players should visit around the board.

As clues are hidden throughout around the game board, players by roll the die to visit each of fourteen London locations. Using the notepad provided, players must collect clues from each location and note them down, in an effort to find the answers to the questions listed on the case card.

But be careful – some of the locations contain vital clues but others contain red herrings that may trip you up!

Once a player thinks that they have solved the case, they must return to the 221B location and share their theory. If correct, they are the winner!